How We Can Conserve & Scientifically Manage Mineral Resources For Sustainable Development 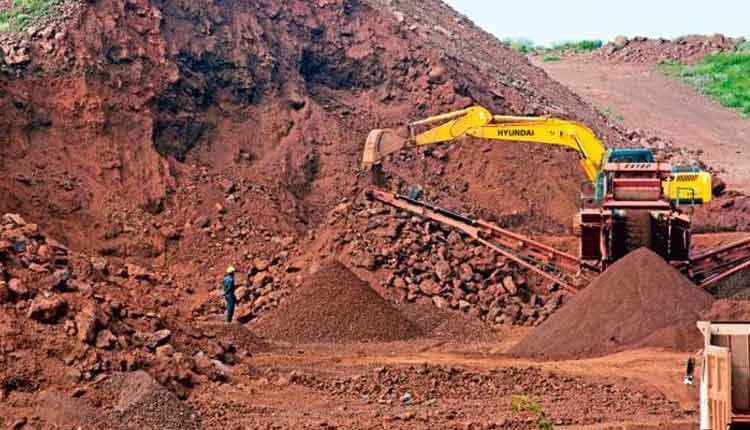 Minerals are one of the most important natural resources. They are being mined and utilised to meet our increasing needs for energy, metals and alloys, cement, refractories, pigments, inorganic chemicals and many others. The socio-economic developments of the present world have been possible mainly because of this resource.

However, being non-renewable in nature, minerals are being used on a large scale and getting exhausted very fast in recent decades. It is apprehended that unless effective measures are taken to conserve and utilise all grades of this resource judiciously, our industrial and socio-economic progress would slow down very significantly. To make
development sustainable, it is necessary to manage mineral resources properly using environmentally friendly technologies with a zero waste approach.

Industries in areas of production of thermal and nuclear power, iron and other metals and their alloys, special materials, cement, inorganic chemicals and refractories, are all mineral based. During the last half-century or so, extensive mining of minerals and upgradation of low and complex ones has been taking place in mine areas disrupting the earth’s crust, destroying a lot of vegetation and polluting the land, water bodies and air to a great extent.

In addition to this, during the utilisation of minerals in thermal, metallurgical, chemical, cement and refractories industries, huge quantities of solid wastes, and liquid and gaseous effluents are being generated. Large amounts of wastes and effluents like tailings and washery slimes produced during the upgrading of low-grade coal, ores of iron, manganese,
copper etc., the fly ash produced during thermal power generation, the red mud generated during alumina production from bauxite and the slags and leached residues produced during metal extraction are affecting human settlements, the vegetation, and water bodies and also create a lot of environmental problems.

For example, nearly 1 ton (T) of fly2 ash for every 2.5 T of coal consumed in thermal power plants, and about 2.5 T of red mud for producing 1 T of aluminium from bauxite and about 200 T of tailings in the production of one ton of copper from its ore, are being generated and are dumped on land and in water bodies creating a lot of environmental pollution and destroying land, forest and water resources.

The major mineral-based industrial wastes like slags, red mud, fly ash and slimes and tailings of mineral processing units pose huge environmental problems globally. In recent years, due to the enforcement of various environmental rules and regulations and also because of the need for conserving the limited mineral resources, it has been somewhat mandatory to develop techno-economically viable processes to treat industrial wastes and convert these into resources.

To judiciously utilise the non-replenishable vital mineral resources, with a zero waste approach, it is essential to take the following measures for their conservation and judicious utilisation.
(a) Adopting scientific mining practices to harness all grades of minerals
(b) Upgradation of lean and complex minerals
(c) Agglomeration of mineral fines and mineral concentrates after upgradation
(d) Utilisation of waste from thermal power plants
(e) Utilisation of waste from metal extraction plants and other industrial and domestic metal
containing wastes.

Low-grade minerals as well as the less important minerals available along with the main minerals, which cannot be
extracted economically at present, should be preserved properly so that, these can be used at a later date when the processes become economically viable.

Upgradation of lean and complex minerals
The reserves of high-grade minerals are much less compared to those of medium and low-grade ones. Further, in some cases, more than one metals are present in the mineral body in appreciable quantities which needs to be processed and recovered.

While utilising high-grade minerals as such, the lean ones should be either suitably blended with the high-grade ones or should be up-graded through various physicochemical processes for their further use in metallurgical, thermal, refractories and chemical industries. In recent years, various upgradation techniques have been developed and used to up-grade low-grade coal, iron ore, chromite, manganese ore, etc.

Agglomeration of mineral fines and mineral concentrates after upgradation
Large quantities of mineral fines are generated and get accumulated at mine sites mostly due to mechanised mining. In addition to this, the fragile nature of some of the minerals like chromite also results in a high percentage of fines during mining.

Further, the low and medium-grade minerals which comprise a major fraction of the reserves, have to be upgraded resulting in a lot of fine concentrates. A substantial amount of ultra-fine mineral concentrates can also be recovered from the mineral washery slimes. All these fines from various sources have to be agglomerated before these are used in metallurgical and refractory industries. These are to be agglomerated either by sintering, pelletisation or briquetting. Out of these three processes of agglomeration, sintering is considered to be the most economical.

For example, most of the iron ore fines are sintered to be charged in the blast furnace along with the lumpy ores or as such to produce iron. Sinters are considered to be better raw materials from the reduction kinetics point of view.

Utilisation of wastes from thermal power plants
All over the world, the thermal power plant is the single major power producer accounting for about 55% of the total electrical energy generated. Extensive research and development work in different parts of the world have been taken up in recent years to utilise most of the fly ash generated as waste in coal-based power plants. Fly ash can be utilised for producing good quality cement, bricks, building blocks, agglomerates, concrete mixtures, filling up mine voids and low-lying areas, developing embankments and also in improving soil fertility. It is reported that, in developed countries, most of the fly ash is utilised in these ways, but in India, only 20 to 30 pct. of the ash generated is being utilised at present and the rest is being dumped in ash ponds or as ash heaps.

Utilisation of wastes from metal extraction plants as well as other industries and domestic wastes
In metal extraction processes, a lot of wastes like slags, flue dust, leached residues, sludge etc. containing a lot of mineral values are generated. These need to be processed to recover the metal values. In addition to this, the rejected metal containing items from other industries as well as domestic sectors should be collected and the metals should be
recovered by different suitable processes.

Mineral resources are very essential for the socio-economic development of human society. Most of the present practices of unscientific mining of minerals and their subsequent utilisation in various sectors have resulted in the loss of appreciable amounts of mineral values. To sustain our economic development, we have to apply the best available environment-friendly technology for harnessing the minerals as well as utilising these for various purposes with a zero waste approach. Some of the steps to be undertaken in this regard are as follows: