Indian-Origin Belgian Actor Tries To Make A Mark In Bollywood 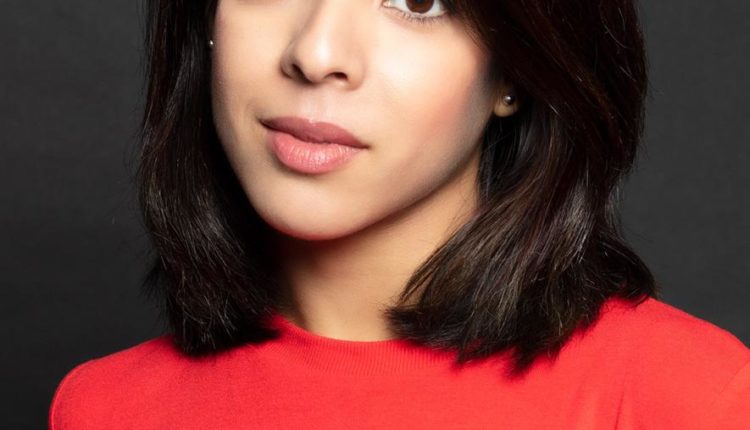 The love for acting coupled with the pull of motherland was reason enough for Rumana Molla to travel all the way from Belgium to India, all alone, to try her luck in Tinsel Town. And Ruman considers herself lucky enough to be still sticking around and gradually rising up the ladder to success.

Rumana’s big break on silver screen came with the romcom ‘Pyaar Ka Punchnama 2’ in 2015. But she soon realised that she needs to be strong mentally to survive in Bollywood. Born in the US and reared up in Belgium, she always wanted to be an actor in Bollywood.

It would not be wrong to say the glam and shine of Bollywood was too hard for Rumana to resist. Today, when the industry is going through a slump, courtesy the coronavirus pandemic, she is content that she is doing good work and that she has projects in her hand.

Coming to India in 2013, the actor, who can speak five languages, has made a smooth transition from television to films. She started off with the kids’ show MAD for Pogo, which she anchored and choreographed. She then did theatre for a while to hone her acting skills. Meanwhile, she worked as a choreographer on ads and international shows before taking the plunge into films.

Apart from ‘Pyaar Ka Punchnama 2’, she has acted in ‘Irada’, ‘Trial of Satyam Kaushik’ and ‘Virgin Bhanupriya’. She has also worked in web shows ‘Life Sahi Hai’, ‘It’s Not That Simple’ and ‘Dev DD’.

Rumana also stars in ‘How To Kill Your Husband’, co-starring Ahana Kumra and Vikram Kocher. She is currently shooting for season 2 of the web series ‘Dev DD’.

Talking about her fascination with Bollywood, she said, “I always wanted to act and came to India with a long-term goal. After almost having spent seven years in the industry, I’m dabbling between India and the UK (she has an agent there).”

Coming from a moderate family, living all alone in the Maximum City and finding work has not been an easy road to traverse for Rumana. But the actor is determined to strike it big and make a career out of acting.

Looking back at her journey till now, she sums up, “I would rate my journey relatively good. I have learnt a lot. Most importantly, the targets I had set, I’ve been able to achieve. In the first couple of years, I’ve been teaching French to sustain myself. The self-rule for me is whatever project I do, however small it may be, the next one has to be bigger and better. I have to move forward.”

Daughter of a Bengali single mother, Rumana is prudent enough not to compare herself with others. “It actually never works well. I look at what I have. I’m fortunate to meet some amazing people and be part of interesting projects. I have actually managed to play diverse roles on-screen. I played a 19-year-old and a mother in the same year. The body of work matters to me,” she said.

Busy with season 2 of Dev DD and awaiting release of ‘How To Kill Your Husband’, the Belgian girl said, “I play Radha, an independent woman, who is sure of herself and stands by her choices, in both Season 1 and 2 of Dev DD. In How To Kill Your Husband, I play an aspiring model going through a difficult phase in life. She is broke and doesn’t have anyone for support. She then runs into Radhika and both embark on this journey of self-discovery,” Rumana talks of her roles.

With no financial support and having no godfather in the industry, Rumana has had her bit of struggle in Mumbai. By her own admission that she is a bit of an introverted person, seeking work had been a tough ask for her. “Being shy has made things a bit harder for me. Getting work has been tough. I think auditions for good parts and projects are relatively exclusive, because you need to know certain kinds of people in order to access those,” admits Rumana.

Ask her if she was rattled by the SSR incident as she also stays alone. “Sometimes it can be nerve shattering. But, I try not to think about it so much because it is not going to benefit me ultimately. Victimising or glorifying self is not going to help. I use my energy in what I can do. I have to pave my way through whatever the circumstances are. It is something I have learnt to deal with and accepted as it is. I knew it would be tough, when I came here. I had prepared for the long haul,” said the actor.

Blessed with writing skills, Rumana has written a film and is hoping to announce it soon. “I’m also writing a web show right now. There are a lot of interesting stories to tell,” signs off the Bengali girl.Indian