The Voyager’s Tale: A Journey Intimate Yet Strange

Beyond the shore it was the endless sea, both friendly and hostile, enchanting as well as intimidating. As the mariner negotiated the many moods of the water for weeks and months he had only memories, and his cargo, for company. 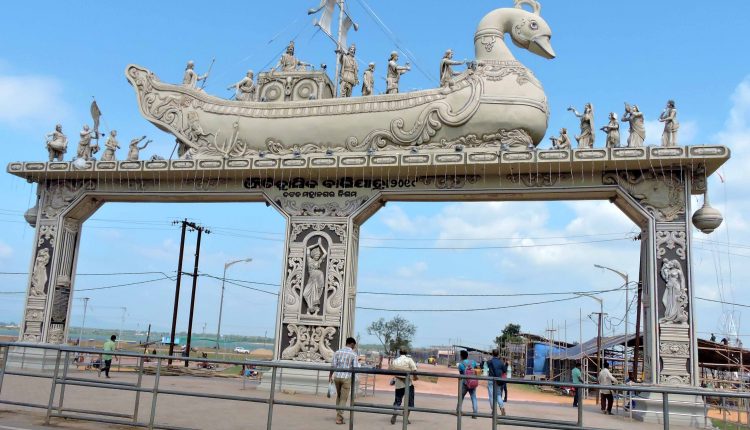 The vast sea, intimate and intimidating, meditative and moody, lies yonder as the sadhava says goodbye to his dear ones on the morning of Kartika Purnima. As a sea-farer from Kalinga he has a formidable reputation. His ilk rules the waters, the legend goes, and the wild waves salute their boats. Yet unknown fears lurk inside. Every voyage is a new one. God knows what’s in wait this time.

The sea has been his life for years now. For many like him, it is an inheritance. Sadhavas have been plying their trade on the waters for centuries, fending off competition and maintaining their dominance with unwavering determination. It is his sacred duty to continue the tradition and pass it on undiminished to the next generation. He has been at it since his young days. The sea is in his blood. He can feel the rumbling of tides even when at home on a break. Yet somewhere the discomfiture remains. It comes back every time the dear ones bid him a teary send-off.

Perhaps it has little to do with the unpredictable sea. They are an adventurous people, all say. But adventure stops being an adventure once you have done it many times. It becomes routine. The sea no more stirs the fear of death. The fierce storms above and deadly swirls below keep coming close and moving away. The vessel loses way as winds turn whimsical, pirates from nowhere lay an ambush and water gushes into the boat through undetected openings. All this is business as usual for the sea-farer. Kalingans are not known to surrendering to such challenges easily. In fact, they are famed for their bravery and indomitable spirit. They have been fighting the occasional pitched sea battle too. Yes, it is not the sea that disturbs the sadhava as he moves into the deep.

He is headed for Simhala. After a brief halt there he would set sail for the islands with his merchandise. The route is not a matter of his choice; it is an ancient one and it has been settled by the winds. However, none of destinations is a strange place to him. Many of these have Kalingan colonies significantly big. Some are ruled by his own people, who ages back landed for trade and decided to stay back. A few like Kaundinya married local princesses and began a royal lineage. The sadhava would be at home out of home, the pain of separation from family compensated for by the familiarity of the places to some extent.

And yes, there was business to be done. His cargo of textile, precious stones, tusk and spices, some sourced from home and some from neighbouring kingdoms, had to be traded off. Kalingan goods always had high respect among buyers but then he had to find the best deal. The Arabs, the Chinese, the Romans and even Africans, he would meet them all to drive a hard bargain. He would get gold in return or maybe silk from China or glazed vases from Arabia. He knows them well so business is usually a breeze. But he must keep an eye on competition too and those selling goods looted by pirates on the sly. It would be months before he was home-bound again. Before that he had to find gifts for all.

Preparing for the trip on the Kartika Purnima day, the dear ones looking on with deepas in hand, the sadhava reminisces all this in a flash. The sea yonder beckons. It is the same sea, intimate and intimidating, brooding and bellicose, and caring and carefree. He does not know what worries him but as waves his hands at the shrinking figures on the shore it gets bigger.