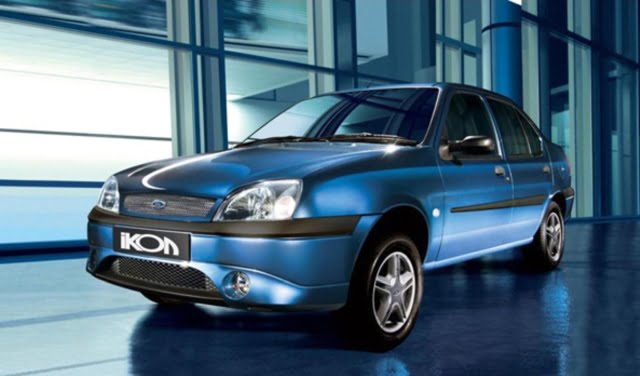 Cuttack: I remember gawking at a silver Ford Ikon sedan gliding past Badambadi in what seemed to me like a floating bullet. This was Ford’s first make-in-India product and boy it did catch eyeballs like crazy.  It was a time when sedans meant elite and other than the Suzuki Esteem and Honda’s City in the higher end, there wasn’t much competition.

Ford entered India in 1996 and like Hyundai and many others set up a massive plant in Chennai. Today, Ford is exiting India almost after 27 years with losses amounting to around $2 billion. Why?

The Ikon was a spectacular product according to most auto journalists. It, however, was a fuel guzzler and was expensive to maintain. In fact, Ford still suffers from the hangover of a reputation of costly services. A mistake that many foreign brands such as Skoda and Volkswagen have realised and cut back subsequently. This is where Hyundai scored, keenly observing the Maruti strategy: affordable cars have to be affordable to maintain in India.

Almost all the Fords in India, specially the older Fiesta, have been regarded as one of the best driver’s cars in the country by auto experts and racing champions like Narain Karthikeyan. However, this is not the priority for the Indian consumer where fuel efficiency, ease of service and recently, gadgets and features matter. Ask Fiat, they will say!

Sales of most 1st gen models such as Figo, Ecosport and Fiesta were much better than their successors. The Fiesta’s 2nd generation didn’t find many buyers. It was surprisingly priced much higher than the competition unlike the 1st generation. Figo and Freestyle subsequently failed to set the charts rolling despite having a full range of engines and being the first to have 6 airbags this side of Rs 10 lakh.

In 2011, Ford sold around 74K Figos. The number fell to 4K in 2018. M Madhavan of Hindu Businessline has pointed out how Hyundai kept its products fresh with new features, updates and strategically introduced newer models; a case absent with Ford.

Ahead Of Its Time

Tata Motors, today, is currently raking in the attention for its 5 stars-rated safe cars. Ford, despite having 6 airbags in most of its top models, failed to market it a few years back. Maybe it was a time when safety was not the focus of consumers.

The first compact SUV in India was launched with a bang. It had an extremely attractive starting price and the waiting period immediately stretched up. However, Ford failed to keep the charts alive with slow updates and additions. This is where the competition like Hyundai and Kia marched in and stole the show. Sales number clearly indicated that Ford couldn’t capitalize on the first-movers advantage.

Hormazd Sorabjee, Autocar India Editor, has pointed out that Ford spent a lot making the Sanand plant to be hurricane safe, adhering to American standards and spending where the consumer doesn’t see.

Sorabjee also pointed out that Ford spent three years dangling with Mahindra and didn’t have a plan B. The deal, which would have led to the development of 8 new SUVs jointly, ultimately fell through.

Hyundai entered India with a bang — the Santro with its brand ambassador Shahrukh Khan made a great impression. That was not all, it made sure there was a low cost of ownership and the products were frequently updated. Ford could almost never resonate that feeling in branding or product.

While the Chennai plant remained under-utilised for the most part, Ford invested a billion dollars in an engine plant at Sanand in Gujarat in 2011 in the hope of reviving the company. This has certainly not paid off. General Motors, too, couldn’t sustain itself with an export-only approach.

Will Ford Ever Revive In India?

Since Ford is not completely leaving India and will continue to sell CBU products, it is very difficult to hope that it can shine in India. Never before has a mass-market brand repositioned itself in the niche luxury category and has become successful in India. However, Endeavour fans will be pleased to know that the SUV will continue to be available in India.