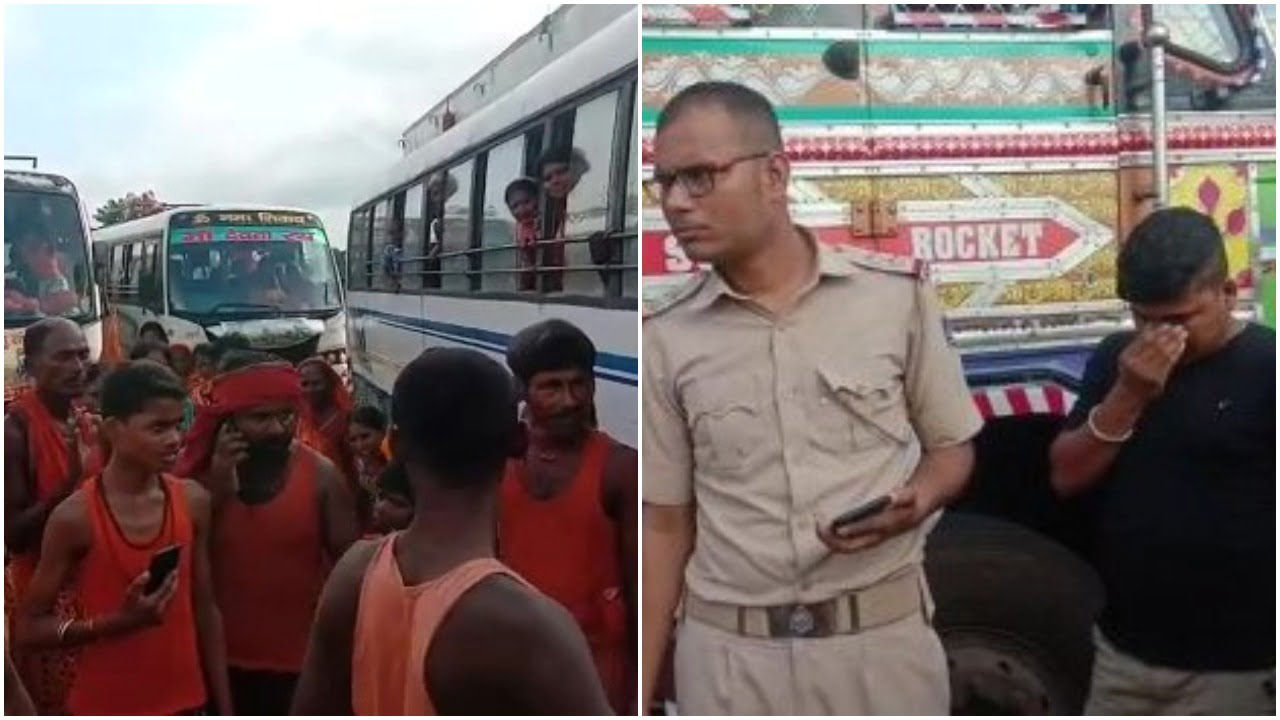 Balasore: Police have detained five persons for allegedly beating some pilgrims from Bihar at a toll gate at Jaleswar in Balasore district.

The incident took place after a bus carrying pilgrims was detained at Laxmananath toll gate on Friday morning.

The bus conductor said the pilgrims had gone to Ganga Sagar and were on way to visit the Jagannath temple in Puri. As the bus approached the toll gate, six persons stopped it and identified themselves as regional transport officers.

“They asked me to show the vehicle’s papers. After checking the papers, they demanded Rs 7000 as a penalty for violation of traffic rules,” the conductor recounted.

“When I asked them to show their identity cards, one of them brought out a card and again kept it inside his pocket without showing it properly. When I tried to video shoot the incident, they attacked me, broke my mobile phone and snatched Rs 10,000 in cash from my bag. They even misbehaved with some women pilgrims inside the bus and snatched their gold chains. They also thrashed the bus driver, who became unconscious. Later, we managed to overpower three of them, while the others fled,” he added.

After being informed, police reached the spot and detained five persons. “We want that the cash, gold chains and other items taken by these anti-socials should be returned to us. Only then we will leave this place,” the conductor said.

Police said they have admitted the driver and an injured woman pilgrim to a government hospital at Jaleswar. They were interrogating the five youths.