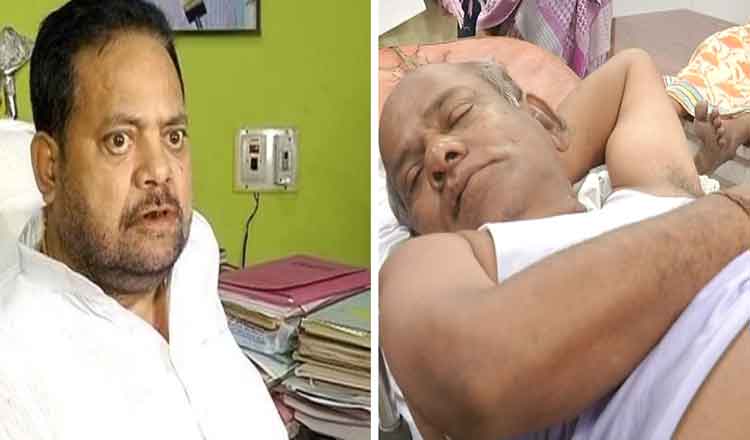 Pipili: Five members, including a magistrate, of a flying squad were seriously injured in an alleged attack by the sitting BJD MLA of Pipili Pradeep Maharathy and his supporters inside his farmhouse at Hunkeipur, on the outskirts of Pipili, late on Sunday.

The injured, including the magistrate Rabi Narayan Patra, have been admitted to the Capital Hospital in Bhubaneswar. The condition of Patra and three others is stated to be critical.

Talking to mediapersons at the Capital Hospital, the magistrate said following a tip-off by the Pipili IIC about the distribution of money and liquor in the farmhouse of the Pipili MLA, he had led three teams comprising a flying squad, static surveillance team and the BDO surveillance to raid the farmhouse at about 12 pm.

“As soon as the team arrived at the farmhouse, Maharathy and his supporters abused the team members and attacked us. In the attack, ASI Binay Kumar Das, driver Dipak, two videographers Purna Chandra Das and Susant Pradhan of the BDO surveillance team were seriously injured. The 15 members of the three teams including me managed to escape in a vehicle while leaving another vehicle inside the farmhouse. I am not able to walk as the assaulters hit my waist,” he added.

Puri SP Uma Shankar Das admitted that an attempt was made to disrupt the elections. “The polling teams have been assaulted inside the farmhouse and efforts are on to nab the miscreants,” he added.

The SP further said that the Pipili police and a platoon of armed police force have been deployed near the farmhouse.

Talking to mediapersons on Monday, Puri collector Jyoti Prakash Das said following the incident, he and the SP had gone to Pipili police station for a stock-taking. “The Police conducted a raid in the farm house today but did not find anyone there. Later, on the basis of the statement by the injured flying squad team members, police have registered a case. Since the election is conducted by the Election Commission of India (ECI), we have taken up the matter seriously and appropriate action will be taken against whoever involved in the attack,” he added.

417 Candidates In Fray For 3rd-Phase Polls In Odisha