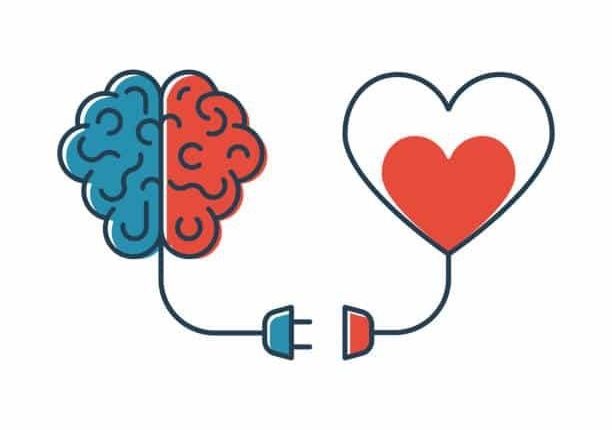 In the Hindi film, “Munna Bhai, MBBS”, Dr Asthana, Dean of a medical college, asserted, “Relationship between doctor and patient should be purely professional and dispassionate.” When I joined as faculty member in the Indira Gandhi National Forest Academy (IGNFA), one of my senior colleagues advised me exactly on these lines. But whether right or wrong, I always mixed up my professional and emotional lives. How could I have used a façade before young entrants to my service? At IGNFA, I was associated with IFS officers from 1991 to 1997 batches and till date the warmth and camaraderie at personal level has not cooled down. I was Course Director (CD) for 1993 and 1994 batches who joined the training together. I had struck a chord with all of them to the extent that they started introducing themselves as a batch with a strength of 83 plus one, the ‘plus one’ being my 5-year-old daughter Ankita.

On the day she joined IGNFA, a nonplussed Uma Nanduri, with discomfiture writ large on her face, dragged herself to my chamber, accompanied by her mother. Uma, the youngest and only daughter amongst six siblings, had stepped outside Vijaywada for the first time — to an alien world where she didn’t even understand the language. I promised her mother to mentor her into the new world. But tight academic schedule sandwiched between rigorous Physical Training (PT) and hectic weekend excursions added to her unease. For a few months, she regularly met me to pour her heart out; “Sir, I am sincerely trying to cope with physical exercises, but Mr Kazmi is always shouting at me. I want to go back.” (Mr Kazmi, faculty in charge of PT, was a strict disciplinarian.) I would patiently hear her out and to lift her mood I teased, “You have cried more than my daughter before me. So, I take you as my elder daughter.”

With my encouragement, she purchased a moped to reduce physical strain. Everything was fine till one day she accidentally hit her batchmate Arta Mishra with it. Both fell on the ground, Arta writhing in pain with broken tibia and fibula and Uma unconscious. It took more effort to revive Uma than putting Arta on stretcher. Arta remained bedridden for quite some time. Some probationers including Prem Kumar Jha took full care of him till he recovered, while a guilt-ridden Uma looked on. In the process Uma and Prem got romantically entangled and later tied the knot. At this point, cadre allocation orders were issued. (In the All-India Services, officers are allocated to state cadres where they serve most of the time.) Uma was very tense as she was anticipating a cadre absolutely not to her liking. She burst into a joyous jig when she learnt that she got Odisha cadre. Uma has been a brilliant officer in the field and office, both in the State and on Central deputation. I rate her amongst the top five officers in my cadre. A great metamorphosis indeed, from a shy and reticent girl to an outstanding and responsive officer. But, for me she still is my crybaby.

Sanjay Bijjur, from an orthodox Brahmin family from Raichur, Karnataka, and Smita Wesley, a tribal Christian from Bastar, were taking interest in each other. They frequently went to Paltan Bazar, some six kilometers from IGNFA campus. One afternoon while waiting at Trevor Road gate for a Vikram (three-wheeler passengers’ vehicle), Sanjay was hit by a scooter and fell unconscious. Smita somehow managed to take him to a nearby hospital. He had internal head injuries and suffered seizures. Smita nursed him round the clock during the period of convalescence. Here they realized that they were made for each other. In the meantime, their parents had arrived. Sanjay was quite clear, “I unfailingly stand committed to Smita, but will marry her only with my parents’ consent. They have sacrificed a lot for bringing me up and I just won’t walk away. I know it will be difficult for them to accept Smita, but I will wait till they approve”.

Both Sanjay and Smita requested my intervention. It was not difficult handling Smita’s mother; her only anxiety was whether Smita would have to change cadre. (Incidentally, both had got their respective home cadres.) I spent hours with Sanjay’s father, who was understandably extremely reluctant. To cut a long story short, he finally agreed but was not willing for a cadre change of Sanjay. I had a series of discussions with Sanjay, Smita and their parents and we took a conscious decision that in the interest of everyone Smita would opt for cadre change to Karnataka. I lost touch with them after their probation period, but was happy to learn in 2022 that they have been leading a happy life blessed with two cute daughters, that Sanjay’s parents have been staying with them all these years and that they have been regularly visiting Smita’s parents at Jagdalpur.

I will end by narrating an amusing incident. One day a suave gentleman entered my chamber; he was interested in a particular probationer for marriage to his daughter. I politely told him that in such matters I could not be of any help. “No, no, I am not seeking any help. I know the boy is already engaged, but I can easily break that and get that girl married to a decent groom. That’s no issue. What I am worried is that the boy has not been allocated home cadre. I want to know the procedure for changing cadre.” I patiently explained how cadres are allotted and why once it is allotted it cannot be changed, especially to home State. He was adamant, “Just tell me, this cadre allotment that you are talking about, is it done by a machine or a human being. If it is done by a human being it can definitely be changed.” Luckily, for the boy the man never reappeared. I am sure he must have realized that all systems are not corruptible.

Subhalaxmi Cooperative, A Movement For Women’s Empowerment In Odisha