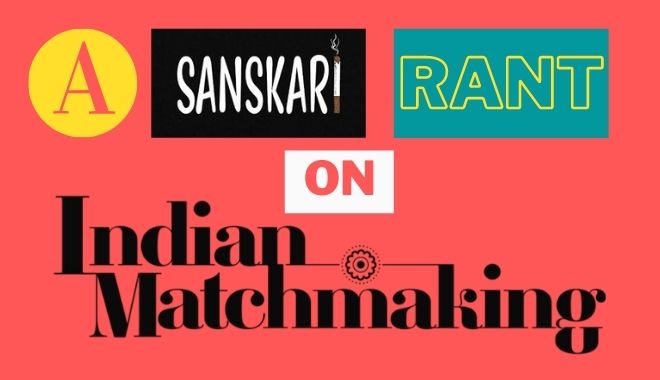 Call it guilty-pleasure or curiosity or a synonym of either, it was definitely fun to watch ‘Indian Matchmaking’ on Netflix. The show garnered polarised opinions with some calling it highly ‘regressive’ and blaming Netflix for promoting such views. Can we label Netflix, Sima aunty, the participants and their families as regressive or are we actually calling ‘arranged marriages’ regressive too?

Let’s begin with Sima aunty. If you have watched the bonus episode of the show released on July 29, participant Ankita had a view that resonates with me. She said that Sima aunty’s process looks ‘regressive’ to many because that’s what the market demands. It is a business for her and if society didn’t want ‘slim, fair, educated’ brides, would she have found them?

At the same time, her comments about Aparna being too “stubborn” and “negative” are definitely a matter of concern as Aparna herself said in the reuniting video. She pointed out that while she was labelled stubborn for rejecting a few guys, Pradhyuman was treated with a bag of chocolates after rejecting 150 proposals. Even Vinay, who ghosted Nadia was mildly let off with “he was unsure”. Clearly, the rules are different for women and men.

But Sima aunty is honest about “Who doesn’t want a fair, beautiful wife?” If you think India doesn’t, then check the matrimonial sections!

Now, coming to “arranged marriages”, however much we may berate the concept, the truth is that it is a reality. There is a 2017 documentary on Sima aunty’s daughter’s wedding titled ‘A Suitable Girl’, in which the groom says that staying unmarried is not an option for him and frankly, it is the story of many young Indian men. In the current show, Akshay, for example, was under pressure from his parents to get married at the age of 25. Some of us barely have a career at 25 but that is not a deterrent in Indian society.

If something needs evolution, it is “arranged marriages”. And I am slightly optimistic that there is a shift in the way matchmakers are functioning, setting up dates for men and women and families are giving them a free-hand to take their time and decide. I know of couples who dated for a few months before deciding to get married, some met on Tinder, some via Sima aunties. Well, isn’t that what happened with some of the NRIs on the show? Vyasar, Nadia, Aparna all took their time to know their dates without little or no pressure from their families. If you are thinking “Oh! but that’s America and our traditions are the best. Our desi ghee is the best”, then consume a litre of it every day and if you don’t get heart disease in a year, call Sima aunty!

On the other hand, “You need to get married” to Pradhyuman was definitely pressure. Is it important that people get married because ‘it is the right age’ or the persons are right for each other? 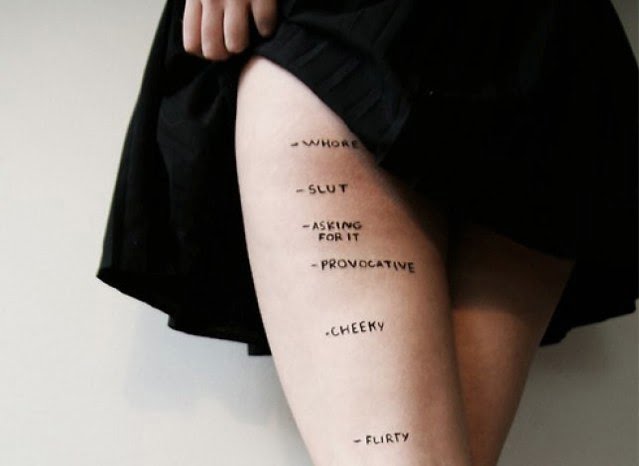 I am assuming almost every woman in her 20s has faced the inevitable question, “When are you getting married?” Men too are questioned, albeit lesser and perhaps later than women. From “Your turn is next” at functions to “Don’t get a girl from Delhi or Mumbai (Dilli jhias are too modern!)”, “Will she fit in Neemchouri (Like SUVs can’t pass through our roads)”, and of course “Does she know cooking?” are a few things that I and people whom I know have heard.

However, on the slightly positive side, “Be careful of Bongs, Muslims, marwaris, gujjus, karanas, chasas (Basically, everyone except our caste – Odia Brahmins)” has changed to “She/he should be Odia”.

Do I really care about these things? I, who will spend my entire life with the person? In India, families get married, not individuals.

Okay. Are you sure I like women? “ha ha * insert a Karan Johar joke *” is the reaction and the thought is simply dismissed, unlike nightmares of “Are you dating a Muslim?”

The pressure doesn’t come from just the elders, also the newly married ones who specialise in “Shaadi karke phas gaya” jokes. Why the hell did you get married if it is so bad and you are “phas gaya” in it. Our obsession actually doesn’t end with weddings – it moves on to “Good news kab milega?” Aren’t 130 crore of us enough? Isn’t population one of the most important causes of many problems – environment, hunger, economy, resources? Am not saying it is a bad thing to have children or get married – but you have to be ready for it mentally, not because society pressurizes you. But that’s a rant for another day.

Are things getting better?

On the positive side, some things have evolved for many families. The caste filter has loosened and there’s more freedom than say a decade back when women wearing jeans were considered ‘modern’. While it is still far from pertinent questions like “Do you think the connection will last long? Do you both like the same shows on Netflix, or can you both spend hours talking to each other or enjoying each other’s silences?” But the conversations are fortunately slowly moving to “Would you like us to gift you a dishwasher so that you both can be free of household chores after she comes home from work?”

I admit the going is definitely easier for men besides the pressure of having a good bank balance and being tall (* feel free to imagine a sarcasm emoji here *) in some cases. By the way, Manisha rejected Vyasar because he is not loaded. Some call it hypocritical while others label it as a ‘choice’. So will a height of “5.3 and above” and “fair skin” be a choice too?

Coming to women, the pressure is undoubtedly unimaginable. First, you have to leave your parents’ house and live in your husband’s house. And growing up, you have to listen to “Why do you have male-friends, why do you drive so fast, why are you wearing that” – just a few things that are normalised in our society. However, there’s an increasing demand for working women but that’s not at the behest of ‘not managing the kitchen’. Perhaps, it is an effect of lifestyle needs and the increasing fear of dowries. Maybe this is the new “flexible”. 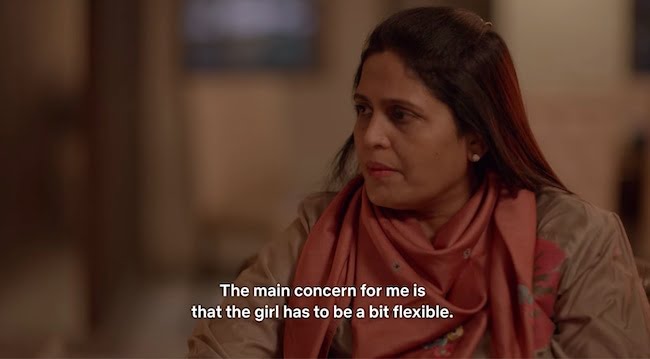 Now, to sum up, I will tell you what reactions I am expecting to get from people I know:

“You have definitely chosen somebody and she’s not Odia. She’s definitely from Delhi or Mumbai !”

“Is she a Muslim? Please don’t do it, think about your parents”

“Are you trying to say that you want us to ask Sima aunty to help you find a girl?”

Ok, ok, so tell me what do you want? Nothing. I am happy the way I am. Can that be an answer?