When A ‘Cyclone’ Had Helped End A Pandemic 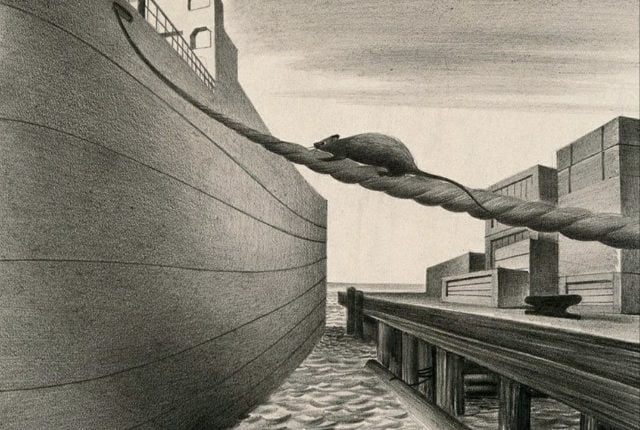 Well, I had decided to hang up my boots after writing 10 articles in a series on pandemics in history. What had got me fascinated was the sense of déjà vu I got while reading up on pandemics in the past. But when cyclone Yaas threatened us even as we struggle with the pandemic, I was funnily reminded of something that had happened exactly 100 years back.

Also Read: The Story Of Pandemics In History

As many of us know by now, the third plague pandemic struck India hardest. It had been in China for a few decades before it became a pandemic after it struck the major port of Hong Kong in 1894. It then spread on ships across the world and arrived in Bombay in 1896. The maximum city became the worst hit because of which it was also called the Bombay plague. 70% of the population of Bombay then were immigrant workers and 50% of them fled the city in 6 months.  As many of us now know, the Epidemic Diseases Act that was invoked to give the Government sweeping powers to act in this health emergency was enacted in response to the Bombay plague in 1897.

The 3rd plague pandemic brought back memories of the 2nd, which was the most devastating of all pandemics, the Black Death in the 14th century. Earlier, pandemics had been explained for centuries as the result of a miasma or pollution of the air. This is the reason the doctors during the Black Death had the funny attire with a long beaked mask, which was expected to protect the doctor from the foul smell that would infect him as the beak was packed with sweet smells of dried flowers, herbs and spices.

When the plague broke out in Hong Kong in 1894, Alexandre Yersin from the Pasteur Institute in France went there to investigate the cause of plague. He isolated the bacteria that caused the plague later renamed Yersinia Pestis in his honour and discovered the rat origin of the plague. His colleague from the French Institute went to India and in 1898 discovered that the rat-flea was the intermediary in the transmission of the plague from infected rats to humans.

For centuries, people had suspected the role of rats in the spread of the plague because of which cities had employed rat catchers earlier, the most well known of them being the legendary Pied Piper of Hamelin. But now it was established. This led to a focus on rat eradication in cities and most importantly ships because pandemics spread primarily through ships, which not only carried the disease through infected people to different continents and countries. They also created a very hospitable environment for rats with enough spaces for rats to sneak into and enough food for passengers and in cargo for them to feast on.

The role of ships in the spread of the plague was economically devastating as international trade mainly happened through ships, in which the rat-fleas would infect the cargo leading to requirements of quarantine and cargo damage, which increased the costs of the cargo, and made it less competitive. That is why the international public health response then concentrated on effective fumigation of ships to kill the rats and the rat-flea.

Fumigation in ships was initially done by burning sulphur dioxide. But that was a slow process and ships required fumigation after each voyage. A revolution in fumigation happened with the invention of Zyklon B that was patented by the German company Degesch in 1920, exactly a hundred years back. Zyklon was the German word for Cyclone that was used for the gas because it was a compound of Cyanide and Chlorine. Zyklon B took the fumigation world by storm as it was a very effective fumigant.  Ships now needed to be fumigated only twice a year and not after every voyage, and the economically damaging quarantine restrictions could be removed. This popular and effective use of Zyklon had a major impact in stopping the spread of the pandemic.

Zyklon, however, later became so notorious during the World War II that any subsequent use of it as a brand name evoked widespread protests. For example, in 2002, the British sportswear company Umbro stopped using the name, Zyklon for a range of shoes and Siemens that had wanted to launch a range of consumer products under the same name backed out after widespread protests. Even today, the infamy of Zyklon comes from its identification during World War II for a purpose for which only 1% of it was sold. It was the most popular gas used in the gas chambers at the Auschwitz concentration camp and other camps to kill millions of Jews.

33 More Succumb To COVID-19 In Odisha; Seven From Khurda, 26 Without Comorbidities