World Braille Day & Its Significance During Times Of COVID-19 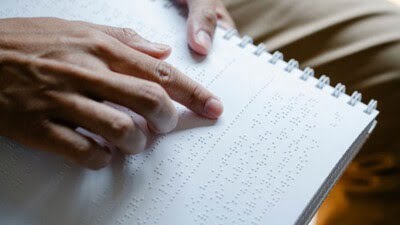 Bhubaneswar: Today marks the birth anniversary of Louis Braille and celebrates his remarkable invention that spurred the progress of humanity as a whole, allowing specially-abled people to overcome their communication disabilities, granting them access to the basic human needs of reading and writing.

Louis Braille was born on January 4, 1809. Having lost his eyesight at an early age due to an accident, he was sent to a school for the blind in Paris where he developed curiosity for a writing system using dots developed by Charles Barbier. Louis soon started improving upon the writing system and developed his own, which is now widely known as Braille.

Braille is a form of written language for blind people, where characters are represented by raised dots patterns that can be felt with the fingertips. The method helps visually impaired people to identify not only letters and numbers, but also musical notes, scientific and mathematical symbols through the sense of touch.

World Braille Day is observed every year on January 4, after being anointed in 2019 by the United Nations General Assembly. The day serves as a reminder for us all to understand the importance of accessibility for people who are visually impaired.

The ongoing COVID-19 crisis has further showcased the importance of Braille. Differently-abled people are less likely to access education, employment and health care. The World Health Organization (WHO) reports that people who are visually impaired are more susceptible to higher rates of poverty and other disadvantages, which can lead to a lifetime of inequality.

Around the world, 39 million people are blind, and another 253 million have some sort of vision impairment. Pandemic-induced restrictions have only made them more vulnerable.

“Even under normal circumstances, persons with disabilities—one billion people worldwide—are less likely to access health care, education, employment and to participate in the community. They are more likely to live in poverty, experience higher rates of violence, neglect and abuse, and are among the most marginalised in any crisis-affected community,” the UN says.

“For the visually impaired, life under lockdown has posed several issues in terms of independence and isolation, especially for people who rely on the use of touch to communicate their needs and access information. The pandemic has revealed how critically important it is to produce essential information in accessible formats, including in Braille and audible formats. Otherwise, many persons with disabilities could face a higher risk of contamination due to a lack of access to guidelines and precautions to protect and reduce the spreading of a pandemic. COVID-19 has also emphasised the need to intensify all activities related to digital accessibility to ensure digital inclusion of all people,” the world body says.

The United Nations has taken various measures for a disability-inclusive response to COVID-19 and dissemination of information in Braille, shedding light on its ever augmenting prevalence.