Crisis In Congress: The Dynasty Has Lost Its Utility; Graceful Exit Is A Good Option 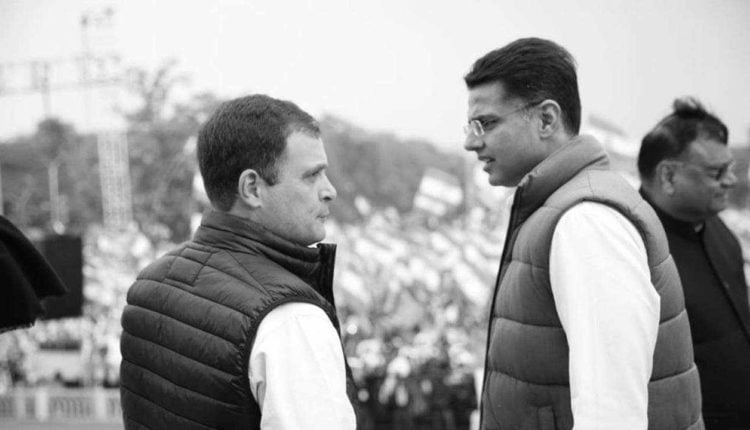 Dynasty per se should not be a dirty word in India, a country steeped in feudal tendencies. In fact, going by our popular culture, there’s certain adoration for the idea in the country. But dynasties must deliver. The whole debate on their legitimacy and relevance won’t exist if they did. The Congress’ predicament is not that its leadership follows the bloodline, but the fact that the leadership has made its position increasingly untenable by being ineffectual, by extension, meaningless.

The current turbulence in the party involving Sachin Pilot, which follows the bitter exit of Jyotiraditya Scindia a few months ago, is less about the long festering tussle between the old guard and the young guard and more about the failure of the Congress leadership to make a forceful assertion of authority to stop the party from self-destructing.

This might lead to the pertinent question: Does any leadership exist in the party in the first place? There has been no party president ever since Rahul Gandhi relinquished the position a year ago. Sonia Gandhi is only a stop-gap arrangement. Now, in a party which is supposed to be controlled by the ‘dynasty” with an iron hand, it should not be such a problem. But it is apparent from the recurring troubles that neither control nor the iron hand exists. The ‘family’ is only a nominal presence in the Congress. It is severely short of will, intelligence and the capacity to control anything.

To prolong their hold over power, dynasties need to meet certain conditions. One, they must produce a succession of competent leaders; two, their moral authority to lead must be clear and uncontested; three, their acceptability must be deep and wide, and independent of the support base commanded by lesser people in the power structure, and four, they must have a strong instinct for self-preservation and be ruthless in its pursuit. Throughout history they have declined and died not because people suddenly found dynasties unfashionable but because the latter failed to meet these conditions. In short, they failed to provide logical justification for their own existence.

The Congress’ dynasty falls short on all counts. After Indira Gandhi it has failed to present a single politically competent leader. Successors basked in her afterglow and their moral claim to lead the nation was flimsy at best. Like Narendra Modi now, she had created a pan-Indian support base of her own. This allowed her to assert her command over the party. The fact that camps, factions and regional chieftains have overshadowed the Gandhis themselves for so long is proof that the dynasty has no will to thrive on its own strength.

It has been obvious to all that the brand value of the Gandhis has been diminishing over the decades, they have done little to burnish it. They have long stopped being vote catchers. Intriguingly, they don’t even look serious to woo the new generation of voters who may not have any understanding what the Congress stands for, but for being an association of scheming, manipulative, power-hungry old people. The grand plans in this direction have been non-starters. Their only role, to play adhesive to a hopelessly fragmented party, is under question after the repeat drubbing in parliamentary polls, flight of party leaders to the BJP, fall of the government in Madhya Pradesh, the ongoing tug-of-war in Rajasthan and the general failure to offer a sense of hope to lay Congress followers.

If the Ashok Gehlot government goes the Kamal Nath government way, it would not be much of a loss to the party or the dynasty, for the cynical reason that the Congress leadership has gone so much beyond caring that no bad news about it would surprise it. After the Jyotiraditya Scindia episode it was clear to everyone that Rajasthan would be the next flash point in the old guard-new guard battle. Obviously, no lesson was learnt and no action to prevent a repeat followed. If the governments in Punjab or Chhattisgarh are in trouble next, the apathy and indifference of the top leadership would be in the negative spotlight again.

Now, coming back to the dynasty, should it exist anymore? Like we have mentioned earlier, any dynasty is as good as its utility. The Congress’ has lost utility for the party, for the country and worse, for itself. Perhaps it is good for it to look for an honourable exit. It is a better option than staying on as a farce.